A tour in which we harmoniously combine the experiences lived in the most fascinating places in the heart of Transylvania: the outdoor activities, tasting delicious traditional food products, the Saxon tales of the places and the traditional crafts! We find out about the interethnic cohesion of the past, we visit the ancient landmarks of Saxon life, and we meet people who tell beautiful stories out of their hearts. We also have a surprise for those who have never ride before or have minimal riding experience. The horses of the riding center Villa Abbatis will carry us through the most beautiful forests in the Transylvanian villages. We invite you in a unique, different experience, in the middle of the former Saxon villages, whose social and cultural landmarks still manage to surprise visitors eager to meet them!

* Hotel pick-up in Bucharest at 8 am

* We visit the most emblematic tourist symbol of Romania, the Bran Castle. Bran Castle is the only castle in all of Transylvania that actually fits Bram Stoker’s description of Dracula’s Castle, it is known throughout the world as Dracula’s Castle.
Dracula – as he is perceived today – is a fictitious character whose name derives from the appellation given to Vlad Tepes, the ruler of Wallachia from 1456-1462 and 1476, and who, for largely political reasons, was depicted by some historians of that time as a blood-thirsty ruthless despot.

Stoker’s character, Count Dracula, first appeared in the novel “Dracula”, published in England in 1897, by the Irish writer Bram Stoker. But the name “Dracula”, far from being a frightening term, derives from the Crusader Order of the Dragon with which Order both Vlad Tepes and his father had been associated. The rest of the Dracula myth derives from the legends and popular beliefs in ghosts and vampires prevalent throughout Transylvania.

* We will visit the old city center, scattered with medieval buildings, cozy cafes and important landmarks such as the “Bridge of lies” or the evangelic church tower where from we will admire the city panorama.

* We will serve the lunch in the oldest Romanian restaurant. After we will participate to a wine tasting session in renowned wine cellar in the center of the city.

* Arrive to a guesthouse in the heart of saxon villages 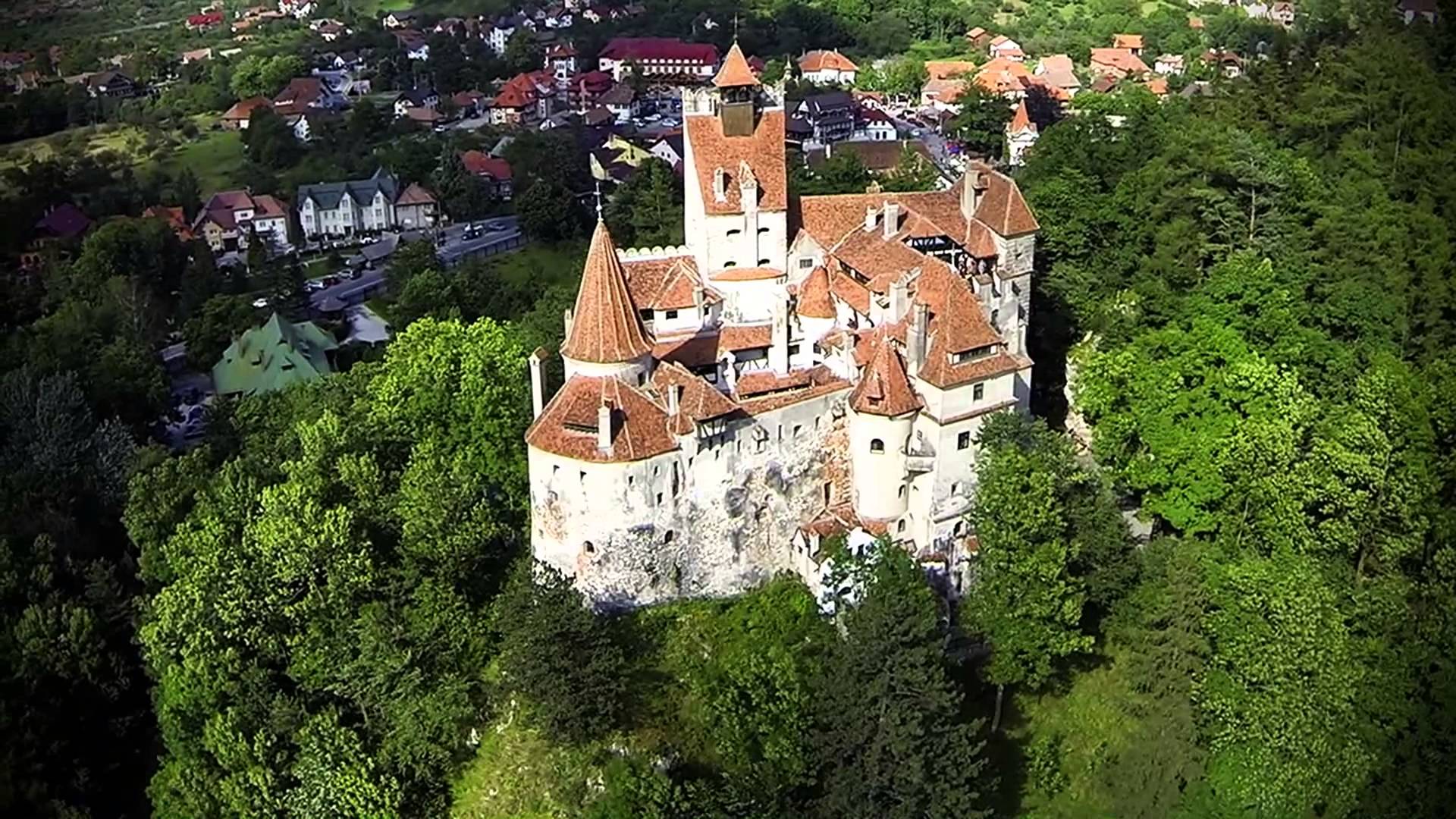 * Visit to a fortified Evangelic Church- Stejarisu. Here, we will be part of a tour, guided by the keeper of the church. In this tour we will visit also a curiosity, named the Bacon Tower, a place where locals would deposit and conserve the pork products over the year. We will go up into the Bacon Tower and taste the home-made bacon, green onions, oven baked bread and the local brandy. Mr. Misch will explain all about this old custom of keeping bacon supplies up in the tower and why Saxons were not allowed to touch their own supply until the first thunder in the new year was to be heard.

* We move on to the surprise of the day: wine tasting at the latest wine producer in Podisul Hartibaciului. You will discover an authentic Saxon house where two brothers will tell us about the assortments of wines they produce annually.

* Next stop will be the Evangelic church from Alma Vii, one of the most spectacular churches in Romania, and maybe the most romantic place as well. We will also take part in a complete guided tour

* The lunch will be served in a totally special setting - in the defense tower of the fortress. The food will be traditionally cooked and served, for us, just as for medieval noblemen.

* After lunch we will head towards a typical old Saxon village from the region - Nocrich. Here we will meet the Nocrich scouts. The Nocrich pottery center and the scouts center are two of the methods used for promoting and teaching the old values and traditions of these communities

* We will finish the day with a pottery painting workshop in which you will get to test and improve your creative abilities. The workshop is situated in a traditional barn; thus, we will find ourselves surrounded by an authentic atmosphere, perfectly resembling the original 100 years ago

* Dinner and wine at the guesthouse

* Breakfast and warm coffee while admiring the surroundings of the guesthouse

* Visit to Viscri (Deustchweisskirch), the Transylvanian jewel, which became a renowned destination in Europe after Prince Charles bought a house here in 1996. Since then, Prince Charles spends every year few of his vacations in Viscri. The village and the surroundings are truly stunning, due to the quality of the human- nature interaction over the centuries.

* In Viscri there is a house with windows facing the sun and a white barn in which, after much work and as much passion, two young people opened the gates of the first restaurant in the village. We'll be delighted here with the most delicious traditional dishes ever.

* Next stop is in the secular oak reservation at Breite, a unique park in S-E Europe. Accompanied by our local specialist who will provide us with all the necessary explanations, we will visit the reservation with more than 600 trees in total, with ages between 350 and 450 years old, including some specimens that have reached the venerable age of 800 years.

* We end the day with a visit to the shop where the famous blue ceramics of Saschiz is made. One foundation from the UK and one from Romania, in collaboration with the local authorities in Saschiz, Mures County, have developed a pottery workshop in the locality where they reinvented the ceramics made in the area in the 16th-17th centuries. We will participate in an experimental pottery workshop where each participant will try his skills in clay processing.

* Dinner and red wine at the guesthouse 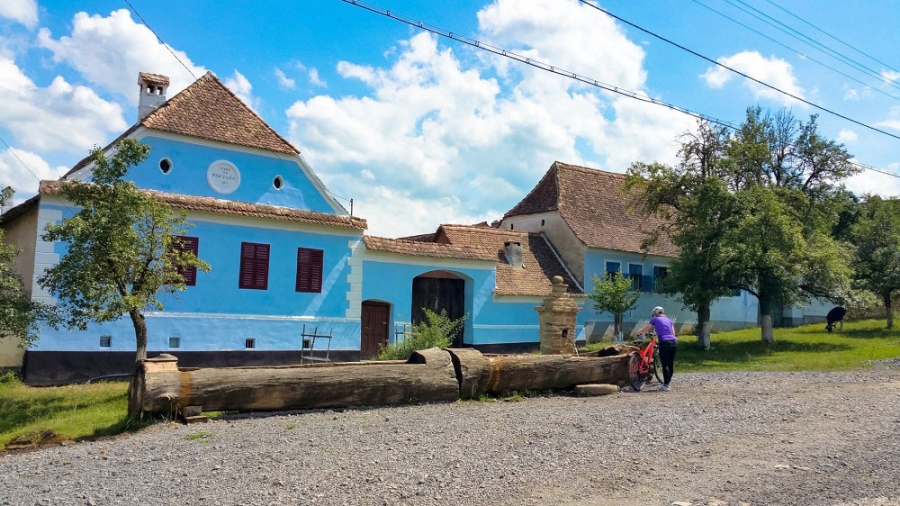 * Breakfast and the morning relaxation before a full beautiful day

* Our first stop is at the House of Puppets Museum in Agnita. The impressive collection of dolls in traditional costumes from Agnita - two teachers passionate about folklore and their stories

* We visit then the fortified church of Biertan. Biertan is a UNESCO World Heritage Site and one of the oldest villages in Transylvania, going back to the 13th century. It hosts the most important fortified church in the region: the Seat of the former Evangelic Bishop.

* The traditional lunch will be served in a surprise location

* After that we will go to Altana, an old traditional Saxon village where we will visit the Inter-ethnic Museum and meet Stefan and his stories.

* We will find out the story of the houses painted in blue that charmed Prince Charles as well as details of inter-ethnic interaction of the past, when the Saxons, Szeklers, Romans and Gypsies shared the same roads. We also learn about the famous Saxon village organization, about the Saxon exodus of two decades ago, and about the efforts of locals who chose to get involved now and to reposition what seemed lost.

* By the end of the day we arrive home to Kraft Made, a unique project, a network of creative craftsmen dedicated to the recovery, cultivation, development and integration of the craft skills of the national cultural heritage in everyday life.

* Dinner at the guesthouse with traditional meals and wine 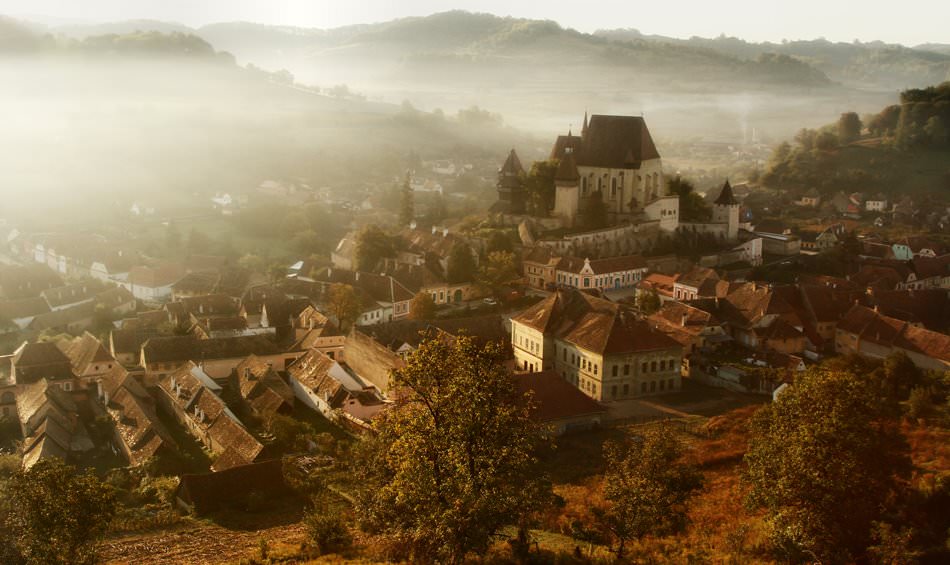 * Afterwards we will arrive in Cund, where we will find the secrets of a particular small family business. “Cheese Manufactura” is the place where mature cheese is produced, using old Swiss methods. This cheese is combined with herbs and spices, and is produced from milk obtained from its own farm, from ecologically-fed cows. We will have a small cheese tasting included.

* Traditional lunch will be served in a surprise location

* Afterwards we head to Sighisoara. Ancient churches, a walled town center and a thousand of years of history. With cobbled streets, colorful buildings, and a pedestrian-friendly Old Town, it's difficult not to fall in love with Sighisoara. Climbing up the Clock Tower is an absolute must in Sighisoara because the views are beautiful. Parts of this building date back to the 14th century, and I'm sure you can understand why it was built — as a lookout point over the city walls. Sighisoara Citadel is the last inhabited fortress in Europe 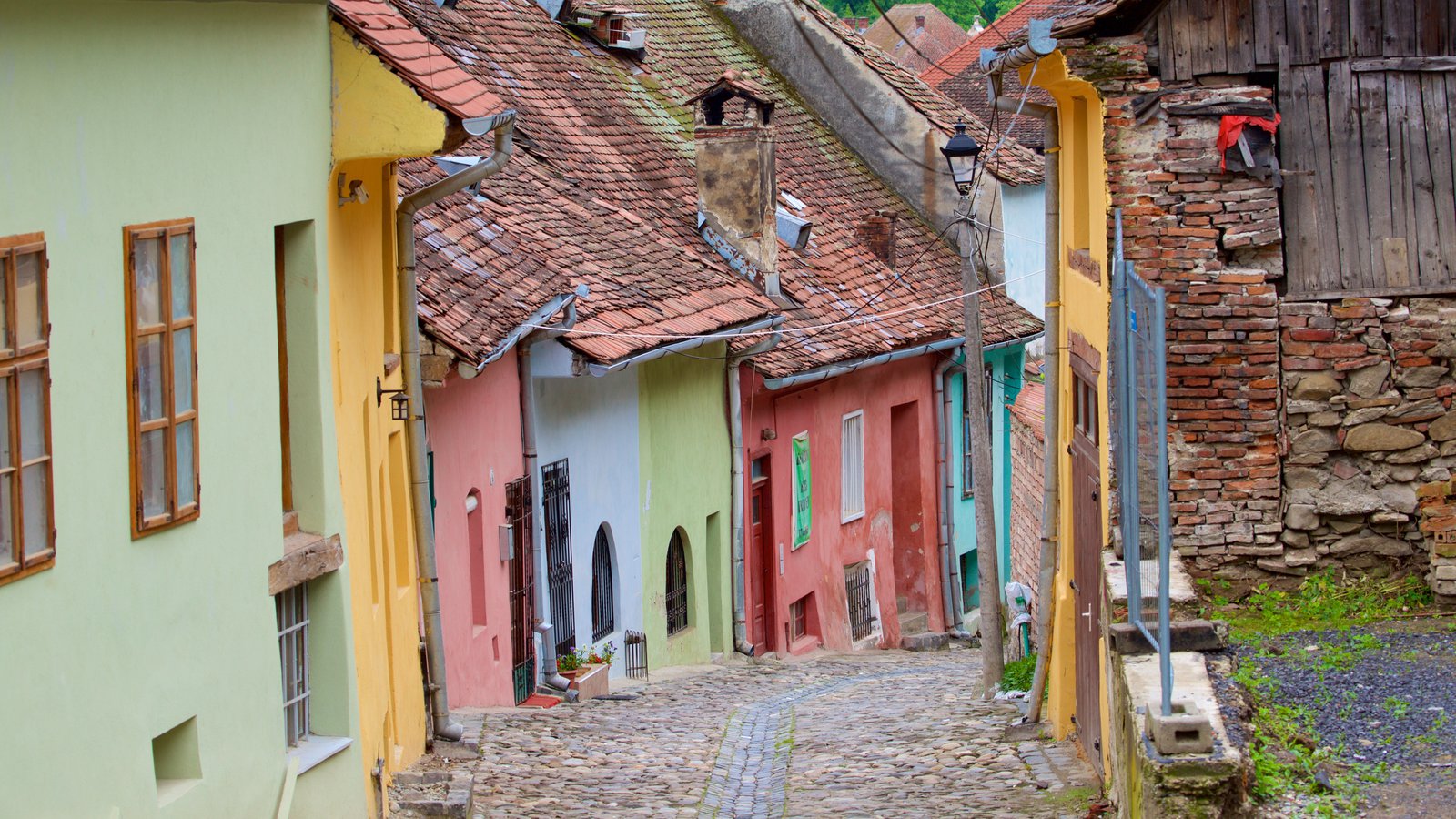 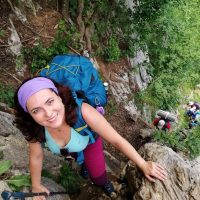 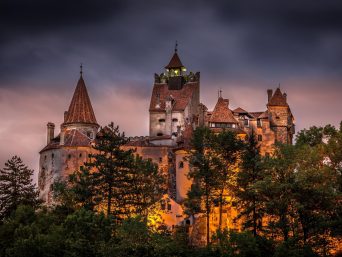 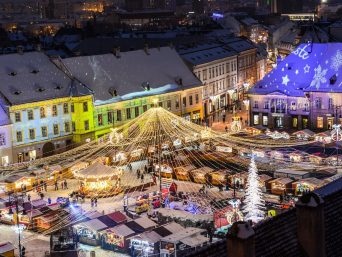 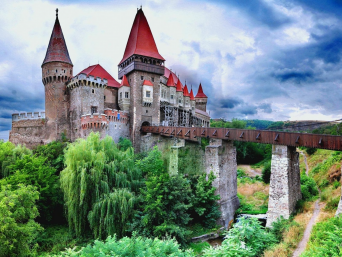 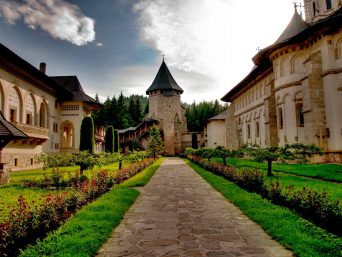