Romania is unique in the world through the beauty and the places it offers. We are proud to live in this wonderful country that wants to be discovered, to be visited and to let the tourists speechless. Romania is full of mystery, and people here are lively and welcoming. We invite you to enjoy the hidden wonders of our country. Unique landforms, idyllic waterfalls, wild caves, little-known natural phenomena, give our country unpredictable touristic value, of which few are aware. All we have to do is to get to know these native destinations with tourism potential, then to make them popular and appreciate them at their true value.

Today we will visit two places and phenomena in Romania, that are unique in the world.

• Mud Volcanoes. Tourists coming to the Mud Volcanoes, a unique place in Romania, about 150 km away from Bucharest, have the feeling that they have landed on Mars or on the Moon. In Buzău County you can admire a really spectacular place, but unfortunately, too little promoted. This impressive phenomenon lies in the area of Pâclele and represents, in fact, miniature craters. The Mud Volcanoes of Pâclele Mari and Pâclele Mici were declared, about 100 years ago, a nature reserve. Due to its martian landscapes, this area has convinced more and more tourists to come and visit every year this spectacular region of Romania

• The small craters from Pâclele realize a breathtaking spectacle, so that we can consider the Mud Volcanoes from Buzau County a treasure of nature. This unique natural phenomenon in Romania, but also in Europe, is located on the right bank of the river Buzau, 12 kilometers from the city Berca

• The Mud Volcanoes have almost the same structure as the real volcanoes. For example, in Pâclele Mari, the mud volcanoes have a very intense activity, so that tourists can discover here a small copy of fiery volcanoes forms. If you are wondering how this spectacular phenomenon did appeared, the answer is simple: because of gas eruptions, but also because of the seismic movements and post-volcanic emanations, that are pushing through the craters the mud brought from the 3 km depths

• Optional lunch in a traditional restaurant 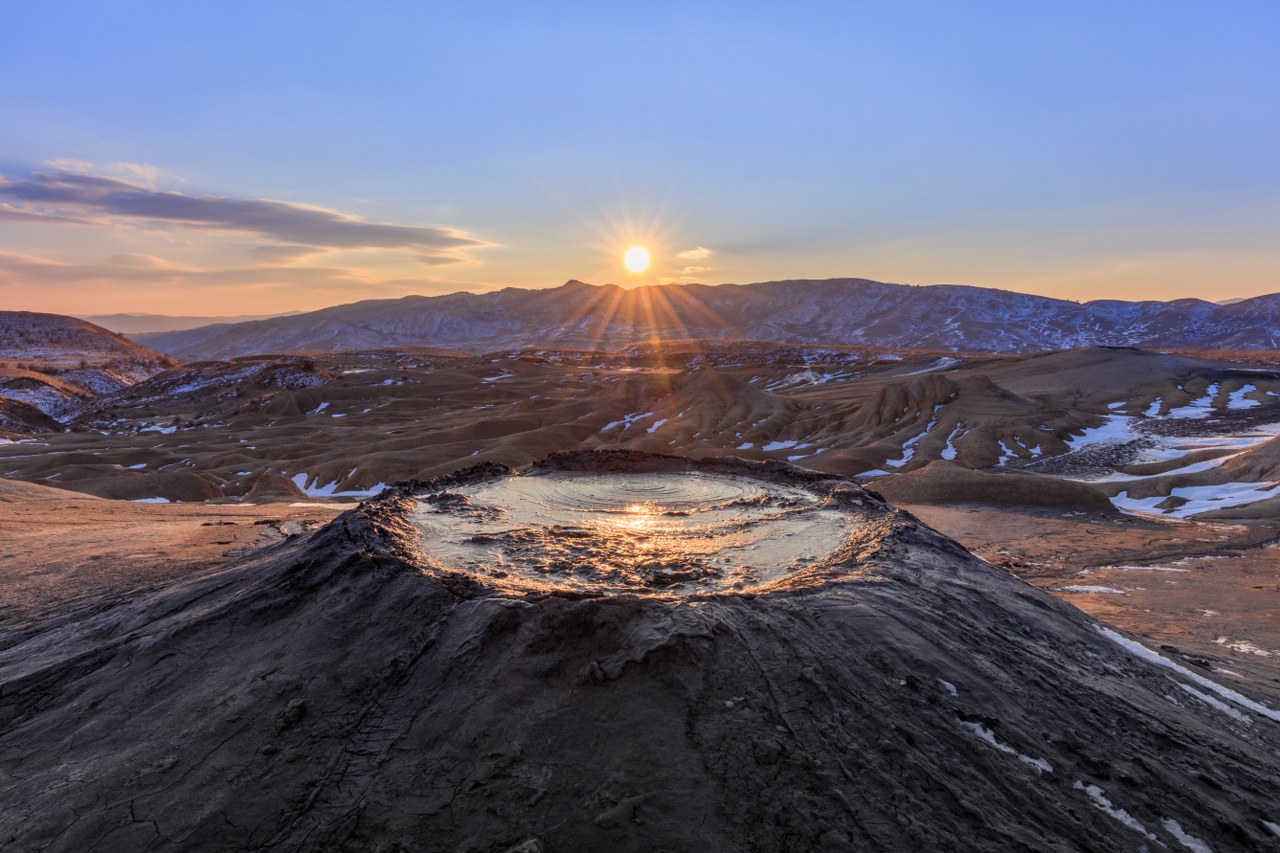 • The Living Fire of Andreiasu de Jos. In the Mountains of Vrancea, approximately 37 kilometers from Focsani, on the Milcov River course, in an area including localities with resonant names (Mera, Reghiu, Tulnici), but unpopulated, a few tens of thousands Romanian and foreign tourists go to the centre of Andreiasu de Jos Commune, where, right under the lower limit of a very beautiful fir tree forest, a very rare natural phenomenon can be seen - the living fires.

• The geological structure of the Casin-Bisoca area, with very many shifts and made up of sedimentary rocks (gritstones, clay, ash tuff) of the Miocene Epoch, correlated with the lack of some deep underground waters, favors the surfacing of some dry gas emanations accumulated in the underground that catch fire, usually from the sun beams

• When it rains they are put out, with water bubbles being visible in the place where the burning gas was coming out. There is not a stable number of the places where the hydrocarbon comes out of the earth, as they shift along with the appearance of new orifices or with the coverage of others on an area that specialists approximated at 40 hectares. The intensity, duration and the height of the flames also vary on a temporal basis (daily, weekly, seasonally)

• According to the extended observations of the locals, the flames height reaches from a few centimeters to almost half a meter. During earthquakes, the fire beams exceed two meters in height

• Return to Bucharest and transfer to the hotel 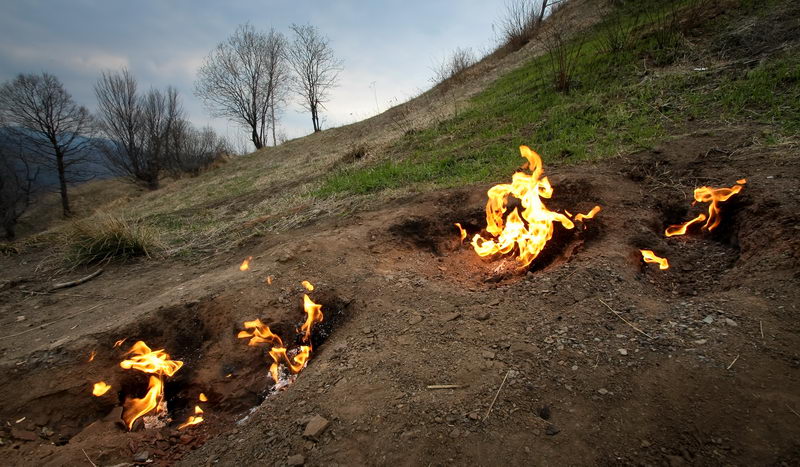 We can organize this tour all year long. 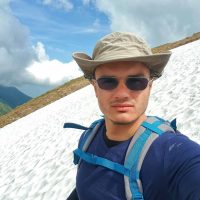 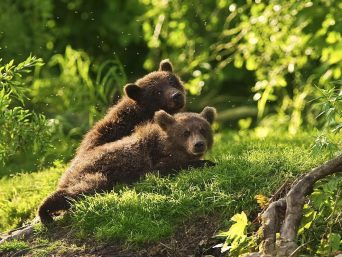 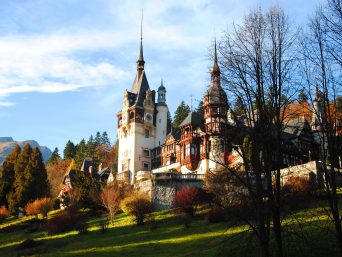 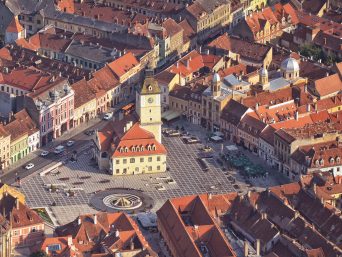 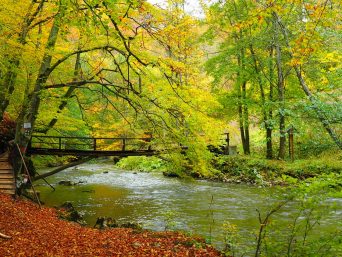 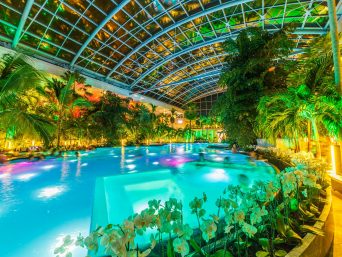